Can You Die From Little Sleep? 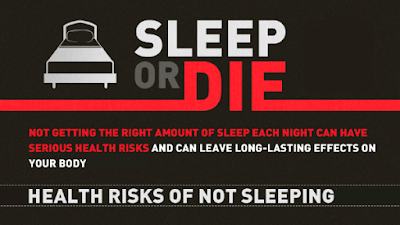 In the times of the Winter Olympics, there has been an increased coverage and emphasis on the crucial importance of getting adequate sleep. As outlined by Team U.S.A., the significance of sufficient sleep is highlighted on an everyday basis. As explained by the team’s management: “Sleep supports healthy cognition, metabolism, mood, immune functions, and much more.”

Consequentially olympic athletes such as America’s own Mikaela Shiffrin, one of the best slalom skiers on Earth, has credited her athletic success on getting a full 9 hours of sleep each night. Shiffrin’s napping habits have also been widely discussed in domestic- and international press-coverage.

Other U.S. athletes, such as NBA-player Kevin Durant has credited his eight-hour sleeping schedule for his athletic performance. NFL-wide receiver Larry Fitzgerald likewise claims to be sleeping at minimum nine hours per night. Six-time Olympic gold winner Usain Bolt has told reporters he gets 8-10 hours per night, and has highlighted how “extremely important” sleeping is to his success in sports.

Harvard Medical School has outlined 6 reasons to why it is crucially important to get enough sleep. The same Harvard study shows that as much as 75 percent of Americans experience difficulties sleeping at least a couple times on a weekly basis.

Inadequate sleep will alter immune functions and may also be tied to cancer and other serious medical complications such as a number of heart-linked diseases.

Disorders such as Sleep Apnea and similar conditions are linked to a variety of cardiovascular health issues. Insomnia and sleeplessness are linked to abnormal heart rhythms (arrhythmia), higher levels of stress hormones, hypertension, and related disorders.

Did you know that drowsy driving is responsible for nearly ten percent of all traffic collisions in America? Furthermore, the correlation between insomnia and colossal industrial accidents have for long been established. Sleepiness has even been a factor in some of the world’s worst disasters; including the nuclear accident at Chernobyl in 1986, the 1989 Exxon oil tanker spill, the 1986 Challenger accident, the 1979 nuclear incident at Three Mile Island, and many others. Furthermore, two recent train collisions in New York City have led to a push for requiring apnea screening for train operators. We will never know if a simple apnea screening and treatment could have made a difference in these horrifying catastrophes.

A chronic lack of sleep will oftentimes lead to weight gain. Sleepiness is proven to affect the body’s process of storing carbohydrates as well as interfering with hormone levels which affects the appetite. Overweight or obesity is often linked to potentially lethal apnea syndrome, a potentially deadly disorder affecting over 22 million Americans according to the American Sleep Apnea Association.

Lack of sleep is often rightfully blamed on low academic scores. Studies have receptively indicated that a good night’s sleep helps the brain memorize what’s been studied or learned of new information. Sleeping in itself is proven to commit new info to our memory by a process called memory consolidation. 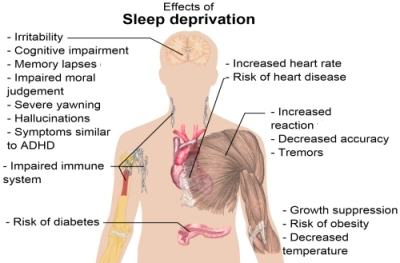 Are you getting adequate levels of sleep? Although, as elaborated by the National Sleep Foundation, age plays a significant role in how much sleep your body requires. A general thumb role however is to attain at minimum eight hours of sleeping per day. For those suffering from chronic sleepiness such as insomnia or apnea, there may be a medical reason for why you can’t seem to fall or remain asleep. For apnea sufferers or similar patients, it is essential and vital to participate in a sleeping study in order to diagnose the issue. For those diagnosed with OSA (obstructive sl. apnea syndrome), a simple CPAP mask may be all you need to regain your peaceful nights.